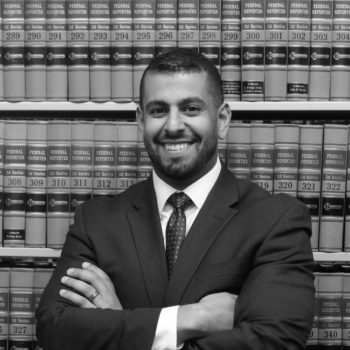 Attorney and CEO of Alleviate Tax

“Everyone wants to work for a company that makes a difference in the world. This requires teamwork, collaboration, compassion, and inter-dependency within the group to achieve the results of the organization; a strong leader helps members of their team connect what they do to the impact it has on customers and communities.”

Hailing from the East Coast, George Baseluos graduated from the University of Delaware in 2006 with a bachelor’s degree in economics and international relations. He was eager to attend law school upon graduating, but life took him in another direction, and he began working on Wall Street as an investment banker. His responsibilities included creating complex financial models for everything from Fortune 500 companies, and venture capital startups, that were scalable. It was an experience that taught him a new level of endurance and a robust skill set that he’s been able to apply to his current role as the CEO of Alleviate Tax.

Alleviate Tax is a tax relief company that helps people reach agreements with the IRS. Alleviate uses the full extent of their proven strategies, CPA’s, Enrolled Agents, and Tax Attorneys to stop wage garnishments and bank levies and assist clients through the ordeals of audits, filing back taxes, and becoming compliant with the IRS, settling tax debts for less than what was originally owed.

“Working on Wall Street toughens you up so that anything you do afterwards becomes easily manageable. As you move up the hierarchy in investment banking, the pressure increases exponentially. You are the face of the company, and there are certain expectations on what personality type you bring to the table,” George explains. “This is not a role for an introverted person.”

Moving to the West Coast opened the door to his previous dream of being an attorney. He graduated from Trinity Law School at the top of his class, earning the distinction of “Student of the Year.”  He also had the honor and privilege of being the Editor-In-Chief of the “Trinity Law Review.” In addition, George was the co-founder of the Trinity Missions and Service Club, a student funded organization which carried out regular service trips to orphanages and women’s shelters in Mexico. Immediately upon graduating, George founded Paraclete Law, a full-service civil litigation law firm, where he is a managing partner. He founded Paraclete Law out of a desire to provide effective, aggressive and affordable legal representation to the people who need it most. “Paraclete” is both an ancient Coptic and Greek term which means, “advocate,” and that is what George believes an attorney should be.

George is both a member of the Orange County Bar Association (OCBA) and the Christian Legal Society (CLS). He actively practices in all areas of civil litigation with a focus on business and personal injury litigation. He also teaches as an adjunct professor of torts (civil law) at Trinity Law School in Santa Ana.

George believes that a good CEO must be able to inspire not only his or her team but the public at large, offering a compelling vision of hope and success for the company, and this informs his day-to-day at Alleviate Tax.

George thrives off being around people and helping in any way he can, and he and his wife are actively involved in their church’s youth and education ministry.